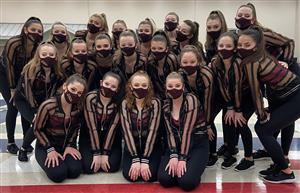 The officers scored 90 or higher from every judge on all dances to earn the Officer Sweepstakes and Judges Award. DSHS also earned the Showmanship and Choreography Awards in the jazz, modern and contemporary categories. The officers also claimed the Technique Award in contemporary dance and won Best in Category in modern dance. As a team, the Hi-Steppers claimed the Sweepstakes and Judges Award and placed third overall in the Medium Team Division. The Hi-Steppers finished second place in jazz and third in hip-hop and contemporary. The group also captured the Showmanship Award and Choreography Award in jazz, hip-hop and contemporary. The Dazzlers also came away with the Sweepstakes and Judges Award while placing first in lyrical. The squad captured Showmanship and Choreography Awards in jazz, pom and lyrical.

DSHS also competed at the Ascension Hill Country Challenge on March 6 with the officers claiming first place in modern, jazz and contemporary. Their modern dance was deemed Most Memorable Dance by the judges, and they were named Grand Champion in the Medium Team Officer Line category. 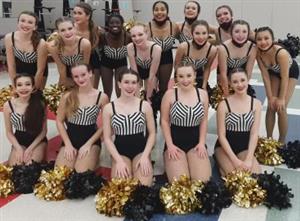 In February, the Hi-Steppers were named Grand Champion at the Vista Ridge Dance Championship in Leander. Their jazz performance earned the highest scoring team routine of the entire contest while also earning first place in hip-hop and contemporary. The officers claimed first place in modern dance and second in contemporary. Leah Thompson finished in second place as a soloist among freshmen and sophomores. The Dazzlers captured first place in pom and lyrical and finished second in jazz to round out the results.

The dance teams will hold their annual spring show May 1, 2021 at 7 p.m. The show titled “Strength in Motion” will be live streamed.